Hey! It’s time to tell you about the books I read in April. Overall, I quite liked them. On a personal level, April was a great month for me as well. I did some awesome things. 🙂 Let’s get into this wrap-up.

I read this book for my Dutch class and I honestly wouldn’t recommend it. It wasn’t thrilling for the most part, only a little at the beginning and at the end. For pages and pages, Sejer, the detective, got nowhere and I was bored out of my mind. A lot of the plot was predictable. As for the characters, they were nothing special. I didn’t particularly like any of them. The writing style wasn’t anything special either. Ultimately, I gave this 2 out of 5 stars. I’m not a fan. 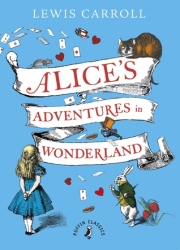 Then I read Alice’s adventures in Wonderland and although it’s a beloved children’s classic, it was my first time reading it. I quite enjoyed the story. I loved how whimsical it was, perfect for children! The writing was nice, even though the book is so old. My only downfall was the fact the Alice was a bit of a brat. I could get annoying at times. I ended up give this 4 out of 5 stars. Would recommend. 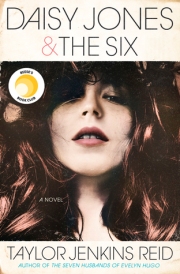 Daisy Jones and The Six by Taylor Jenkins Reid
Goodreads

After loving The Seven Husbands of Evelyn Hugo, I knew I had to pick this up. Overal, I really enjoyed reading it. I really liked the characters and their depth. I felt for Daisy so much that it hurt. At the end of the novel, I was crying. I also loved the writing style and how real Taylor Jenkins Reid makes a story feel. It felt as if this actually happened. I listened to the novel on audiobook and I would highly recommend taking that route. The audiobook has a full cast and is very nice to listen too. My one gripe with the book is that it was very confusing in the beginning, in the sense that I couldn’t remember who was who. Overall, I would highly recommend this story! I gave it 4 out of 5 stars.

To Kill A Mockingbird by Harper Lee
Goodreads

I find it difficult to review this novel. As it’s a classic I feel I need to be eloquent and have deep thoughts. For me, it was just okay, though. In the beginning I didn’t really know where the story would go and I had to push myself to pick the book up each time. After the halfway point I did get really intrigued. As for the characters, I didn’t have anything against them. They were alright. I liked the portrayal of Atticus as a father. The writing style was okay too. As for the setting, that was very well done, but you did need to have some knowledge on American history, specifically the civil war and the crisis of the 1930’s. The latter I have, the former I don’t really. Overall, I would give this 3.5 out of 5 stars. 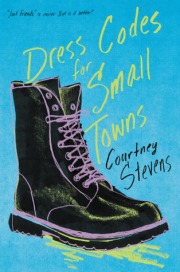 Then I re-read one of my favourite books. I absolutely loved it and would give it 5 out of 5 stars again. I also noticed again how much I love the writing style. It’s in a similar vein as David Arnold, for reference. Poetic in its simplicity: my favourite kind of writing. The vibe in this book is so immersive. I could really envision myself being there. I again loved the characters and especially the main character Billie. She’s different from most YA lead characters. I love the friendship at the heart of the story. Overall, I would highly recommend this. 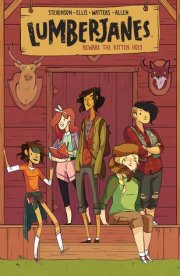 Lumberjanes vol. 1 by Noelle Stevenson and others
Goodreads

Lastly, I read the first volume of Lumberjanes. I had heard great things, but ultimately I thought it was just okay. I barely got to know any of the characters. There were some fun plot points and it read quickly. It was quite predictable though. I ended up giving this 2.5 out of 5 stars. I have continued on and I’m liking the sequels better as we’re getting to know the characters better.

Here’s an overview of my posts in April.

And that’s a wrap! I hope you enjoyed this post. Thanks for stopping by! See you next time!

Help me improve Brilliantly Bookish by taking this survey! Thank you!