It’s time to spill the tea. I’ve compiled my least favourite books of 2018 and my DNF’s into one post as it seemed like a good fit. Warning: I will get salty in this post and rant. Let’s get into it!

DNF stands for Did Not Finish. I decided to put these books down. 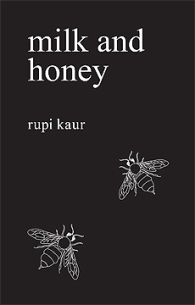 7. Milk and Honey by Rupi Kaur

I always thought modern poetry wasn’t my thing, until I read The Princess Saves Herself in this One by Amanda Lovelace. That collection really clicked with me. After finishing it, I looked for more and quickly stumbled upon Milk and Honey. It was a big disappointment though as I didn’t click with it at all. I couldn’t relate to 90% of the book and felt the poems were often repetitive. I didn’t agree with some of the messages and found that the book purposefully excluded those who aren’t cisgender. Overall, I gave this 2 out of 5 stars. Wouldn’t recommend. (I don’t recommend any of the books in this list, so I’m going to stop saying that.)
PS. I do love this cover!

I wouldn’t say this book is terribly written or has a bad storyline. I liked the grief portion and the relatively slow build of the romance. I liked both Markus and Nathalie.
I had two main problems with the book that made me dislike it. The first is the predictability. I saw EVERYTHING coming and was thus very bored throughout. I wrestled my way through for French class, but I definitely would’ve DNF’d it if I could. Well actually, I would have never picked it up. My second problem was Charles. He was SO SO SO annoying! I couldn’t stand him. He only whined. I was also irritated by the fact that he is presented as a love interest and believes himself to be one, even though he’s MARRIED! Ugh. I would only recommend this if you’re looking for a light, brainless read and even then I would recommend an array of other novels first. I gave this 2 out of 5 stars as well.

Oh boy, this book. First of all, the characters were all EXTREMELY annoying. I didn’t feel sympathy for any of them. If they died I would’ve actually been happy. They were THAT annoying. Furthermore, the plot was confusing. There where so many time jumps, but it was never clearly said. I would have appreciated ‘Oh, btw it’s a week earlier now.’ from time to time. Huge portions of the plot could have been taken out and the story would’ve been the same. Many things were predictable and I was very bored throughout. I had to drag myself through. There were like a million loose threads at the end. I gave this 2 out of 5 stars, because two of the twists did surprise me. An extra star for that. 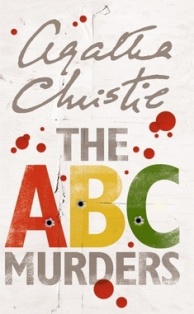 4. The A.B.C. Murders by Agatha Christie

I highly enjoyed both And Then There Where None and the movie of The Murder on the Orient Express, so I decided the venture farther into Christie’s works. I stumbled upon The A.B.C. Murders, but sadly, was very disappointed. I felt the story was very dull throughout. I was certain of how the events had happened and just waiting until Poirot and the police found out. Nothing exciting happened and nothing was thrilling.  I was just bored, the opposite of what one should feel whilst reading a mystery. And even though there was an unexpected twist at the end, it wasn’t enough to rectify the book for me. It felt rather as a desperate attempt to save the story.

3. The No. 1 Ladies Detective Agency by Alexander McCall Smith

This book wasn’t well-written. I was so excited to be reading about a strong, smart, proud, fat, black women solving crimes, but was disappointed with her character. All the characters in this book were one-dimensional and lacked depth. I didn’t root for them. As for the plot, it lacked purpose. It was simply a collection of loose segments. There were whole chapters that could’ve been left out. The author was just showing off his knowledge. (e.g. chapter 10 Mma Ramotswe thinks about the land while driving her tiny white van to Francistown. ) This was also clearly written by a white man. The representation felt way off. I gave this 1.5 out of 5 stars.

These last two books are both well-loved. Yet, I hate them with a passion. 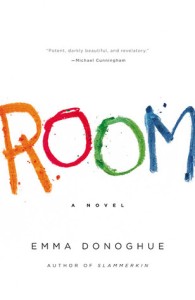 This was everything but enjoyable and I can truly say I hate it. If I didn’t have to read it for school, I would have definitely DNF’ed it. I must admit that there were some things done right, but overall, this was awful. The writing style was extremely annoying and I was irritated from the very first sentence. The characters were bland and lacked layers even though this books deals with such difficult themes. It felt as if the first half of the book was narrated by a robot. The pacing was all off as well. Fifty pages in the middle of the book had a good pacing, but everything else dragged so much. One star it is. UGH, this book.

My least favourite book of 2018 was The Catcher in the Rye by J. D. Salinger. This book is a character study, that has no plot to it at all. That’s not a problem in itself, expect that I hated the main character. UGH. I couldn’t bring up any appreciation for his cynicism. I’m the kind of person that tries to see the positives in any situation. This novel equaled endless frustration for me. I often felt the urge to throw this book out of the window, but it was a library copy, so I didn’t. The plot or the writing style couldn’t rectify the book. Overall, a big, fat one out of five stars. I hated this.

Now let’s talk about the books I didn’t finish in 2018, because I decided to stop. There were only three as I’m not a big DNF’er. (I’m inventing words here.)

I only got a few chapters into this book before I realised I actually didn’t want to read about girls backstabbing each other. There was nothing wrong with the book itself, this was definitely a me thing.

Far From The Tree by Robin Benway

I got about a third of the way through this book before I put it down. It didn’t care about the characters and wasn’t invested. I don’t really get the hype around this book.

This was on my 2018 TBR, but I only got 25 pages in before knowing it wasn’t for me. I couldn’t stand the writing style. I was annoyed from the very first page, but decided to give the book a fair chance and at least read a little bit further. However, after reading a very graphic and disturbing rape scene , I decided I wasn’t going to force myself to read more. A DNF it is. 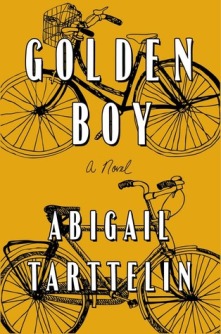 What’s your least favourite book of 2018?

That’s all! I hope you found this post entertaining. Thanks for stopping by! See you next time!

Help me improve Brilliantly Bookish by taking this survey! Thanks!