Hey everyone, how are you? Today I’m coming at you with another travel post! I’m on holiday for the most of July, so expect some more of these ;). Here I’ll write about the first part of my roadtrip through Northern-Spain. It’s my second time in the country, but I’ve never been to this area. So without further ado, let’s get into it!

Day 1 – From Belgium to Bilbao, Spain

After breakfast, we took a train to Brussels airport where we boarded our flight to Bilbao. It was not a long one, about an hour and a half. I always find it so exciting to fly and watch the land grow tiny! Once we arrived in Bilbao, we drove to the Spanish coast. I was immediately surprised by the landscape. The area is very green and mountainous and reminded me a bit of Austria, but then there were palm trees and a stunning blue ocean. The coast is so much prettier than in Belgium! We picnicked at a viewpoint on the side of the road. When I saw we, I am talking about my parents and myself by the way. We then visited Gatzelugatxe, a small island connected to the land via a manmade bridge. It’s beautiful. We didn’t go to the bridge though, because we weren’t properly prepared to climb up and down the large hill, especially in such warm weather that we’re not used to. Later, we returned to Bilbao via Guernica. It’s a nice place, but the famous painting is kept in Madrid. We didn’t see much of Bilbao that day, but that’s okay as we’re coming back at the end of our trip. In the evening we took a quick dip in the pool and went to bed after dinner. This was a very good first day! 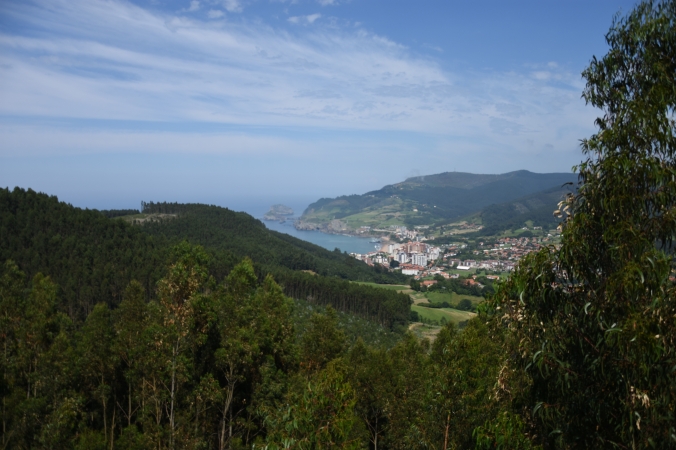 one of the many viewpoints

On this second day, we drove away from Bilbao and stopped in Laredo. We had sandwiches on a park bench and then headed for the beach. It was amazing! The beach was rather quiet and the water was warm. I really enjoyed my time on this beach. In Laredo I also started to notice how many public playgrounds there are. I think that’s awesome! We then continued on to Santander, where we walked along the waterfront and enjoyed an ice cream. The beach in Santander was full of people, so we where happy we had spent some time in Laredo earlier. We also went to the Peninsula in Santander. There was yet another beautiful view there. The park was nice as well. We concluded that day’s drive in our hotel in Ubiarco, a small village on the coastline. It was quite rural; you could smell the cows everywhere! We had dinner in a picturesque square in Santillana del Mar.

I think the third day of our stay might be my favourite. In the morning, we visited Altamira and its museum. I was very impressed even though you’re not allowed into the real cave. They made an exact replica of it. It’s amazing to think these paintings were made thousands of years ago and they’re still here. The museum was interesting as well. After our visit, my parents and I ate a small bite and went tot he local beach. Here the water was colder and the waves higher. I absolutely love the feeling of being picked up by a wave, so I had fun! Back in Belgium we don’t have these kinds of waves. In the afternoon we went to Comillas where we paid a visit to El Capricho de Gaudí, a house designed by Gaudí. I wasn’t the biggest fan of the exterior, but I thought it was absolutely stunning on the inside. It was very light with wood, white paint and plants. I could see myself living there! We then started our search of a terrace with a tv to watch the world football cup. We ended up on a picturesque square and spent the evening eating and cheering on our national Belgian team. Sadly, we lost to the French. That was a bummer. Anyway, it was still a fun day and a lovely evening. 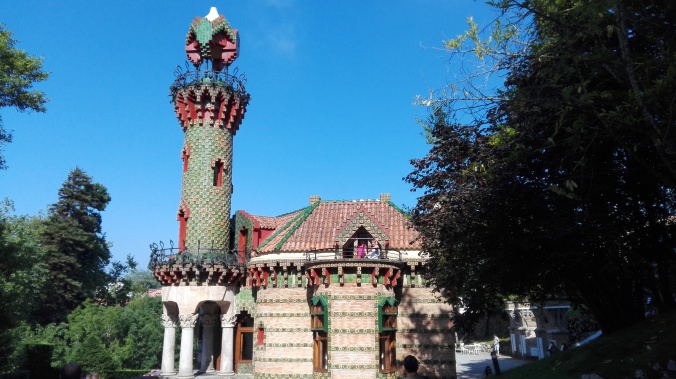 Sadly, I don’t have time to keep writing this post as I’m still traveling! I’ll be sure to update y’all in future posts, though. I hope you enjoyed this one! If you did, maybe consider giving me a follow? Thanks for reading! See you next time.

8 thoughts on “A roadtrip through Northern-Spain Pt.1 // Travel”