Hey everyone! We’re already halfway through the year. Can you believe that? This gives me the opportunity to write a type of post I love. Today, I’m going to share my reading stats and analyse what I’ve read on different levels!

To start, let me give you a quick overview of the books I read in the last six months! They were 40 books in total. In my wrap-ups you can find my thoughts!

*If the numbers don’t add up, it’s because some books can fit into multiple categories.* 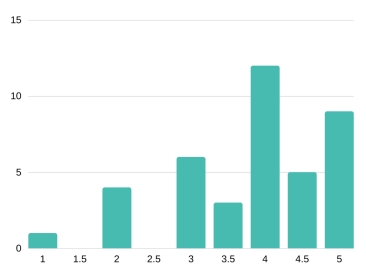 Of those 40 novels, I rated

Overall, I’d say I predominantly read books I enjoyed and gave a high rating. I’m very happy with that. 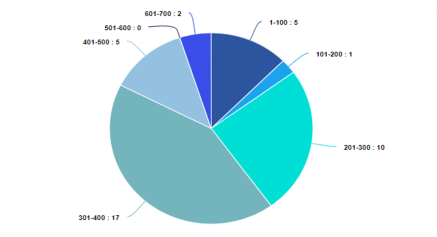 Clearly, most books I read are between 300 and 400 pages. It’s just long enough, but not too long for me. I’d prefer short books over long ones.

Contemporary obviously has the lead here! I haven’t been in the mood for fantasy this year.

5 were middle grade
19 were young adult
20 were adult

I don’t read very many middle grade, but there are those few. As for YA and adult, it’s equal so far, which surprises me. Last year, I read a lot more YA than adult.

I’m surprised that I’ve read more Dutch books than English ones. Normally, that’s about equal. I suppose it’s because I’ve been going to the library more often and they have a bigger selection in Dutch. Although, I can’t complain about their English selection. The French books were for school. Speaking of the library …

WHERE DID THEY COME FROM?

I’ve noticed that I’ve used the library much more this year. That’s great! I’ve also read a lot of books from my own physical TBR, which is great as well. 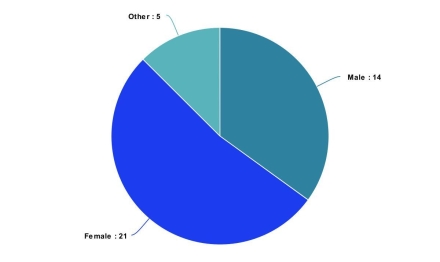 I should make more of an effort to read books by authors with a different gender than male or female. The reason I haven’t done so far, is that I don’t focus on the author when choosing a book.

Now it’s time to check how diverse I’ve actually been reading. It was a goal of mine to read more diverse this year, so let’s see how I’ve done.

Ethnicity of the author

This is an area where I need vast improvement! I have to be more conscious about which authors I pick up. I hope to do better in the second half of the year.

Is the book diverse?

This is such an improvement over last year! I’m happy about that. I can still do better though.

I’m happy with how this is divided. I’m surprised though, because I though I had read much more books that include LGBTQ+ characters and fewer books with religious characters. (I did only include the book in a category if the element is significant enough in the books. For example, I wouldn’t count Harry Potter as diverse at all even though it has a few POC characters. )

That’s all the stats! I hope you enjoyed this post and found it interesting. I certainly did. If you did too, would you consider following me for more? See you next time!

7 thoughts on “Mid-Year Stats // Analysing the books I’ve read + how diverse have they been?”